Mark 16:15 “He said to them, “Go into all the world and preach the gospel to all creation.”

Where do I begin…I could write a short novel on everything we packed into just over 2 weeks in Perú, but I’ll try and summarise it for you all with the highlights.

Myself and May set off early on the Friday morning from Belfast to London, change of airport and then onto Lima where we stopped over for a few hours before getting our final flight to Tacna, Perú. After all the planning and monthly meetings from January we had finally arrived. David Fleming was waiting for us with open arms for all our luggage.  The rest of the team would arrive over the next 2 days.

The first week we stayed in Tacna with the Brews and were made to feel at home from the moment we arrived. We were spoilt with home cooking!

We had the privilege of being able to attend Pan de Vida church on our first Sunday, the first Baptist church plant in Tacna.  It was their 25 year anniversary and that evening we returned for their celebration service. Other churches in the area gathered as well to celebrate with each visiting group singing their favourite piece, including our team (with minimal time to practice!!). We weren’t that bad!!

Our week in Tacna saw us visit a woman’s refuge, a new church plant called Agua de Vida (are you noticing the ‘de Vida’ theme?), 2 schools, a church called ‘Betel’ with a more elderly congregation and hosting a lunch with an elderly group from the outskirts of Tacna.

On each encounter with the local people from all backgrounds we received the warmest of welcomes and they were so thankful to us for us spending time with them.

A few stories that touched all our hearts from that first week….

The young girls in the woman’s shelter, who themselves were really only children, looking after their own wee babies. They had so little themselves and had been through some tough times in their short lives. I’d ask you to remember them in prayer for protection over them now but more importantly that a path is put in front of them to encourage them to make a life for themselves and their kids, for the cycle to be broken and that they have a bright future filled with joy and love.

The elderly congregation of ‘Betel’ being so thankful that we had come all the way from Northern Ireland to visit their church and spend time praising God with them. We were able to give them some food packs containing essentials like oil, rice and sugar. At the end they thanked us for encouraging them. An evening that truly touched my heart.

We visited the church plant Agua de Vida which has no doors or windows at the minute. Pastor Jimmy showed us around. It was in a shanty town which wasn’t yet populated. At the end of the week we told Pastor Jimmy that some of the money raised in Northern Ireland would pay for the windows and doors in his church.

On our last day in Tacna we hosted a lunch of Aji de Pollo (cooked by the wonderful Lourdes) with the elderly people. Some of these people hadn’t met up in quite some time and some of them have very little possessions. They were so humble and thankful that we would want to join them at the same table and eat lunch together as a family.  After lunch we spent time together, David read from the Bible and we sang together. May told of her joy of being able to spend time together and how much she looks forward to us all being together one day with no language barrier and no difference in culture or status but as one family for eternity.

We had been told that it was unlikely that we’d be able to travel to Arequipa for our second week due to the strikes and road blocks. However, the last bus leaving Tacna at 11pm eventually arrived in Arequipa at 6am on the Sunday morning after swerving some mighty boulders along the way.

A very tired team checked into the hotel for the first 4 nights and caught up with some sleep as well as spending some time looking around our home for the next week…..beautiful Arequipa.  No one really explained how gorgeous this city was. You could never get sick looking at the skyline.

It was an extremely busy and tiring week in Arequipa spending time in 2 children’s homes. We spent the first 3 days in Amor de Dios and the final 3 days in New Hope, where we also stayed.

Both homes look after children who either don’t have a family of their own or for whatever reason can’t live with their family.  In both homes we held ‘holiday Bible type’ lessons on the life of Joseph which included some colourful crafts. The children loved getting involved with the colouring in and took great pride in their own artwork.

We spent time with the kids, playing and laughing. They showed us around their home which included their rooms and play areas. We did a bit of painting for them. The more daring painted the sun shade frame and the ladies painted the laundry room.

There were many reasons that the kiddies were at the homes. Some from a home not safe for them to stay, some with no family and some abandoned at the door of the home.

We were able to leave some clothes, ink cartridges, laptops all brought from home. Jack & Lynda bought new pyjamas for the kids in both homes which meant some of the ladies went shopping for 100 pairs of pyjamas one day. This is all little gestures but still the children were so thankful.

We also visited Miraflores which is being turned into a hospice so that children and their families can get some respite in between treatments at the hospital. Many families can’t afford to travel back and forth to the hospital so this facility will provide somewhere for them to stay and to look after their children when it is most needed. A truly worthy venture by Jose & Gloria. Some of our fundraising money from Northern Ireland was our to good use and meant we could buy medical equipment for Miraflores.

Last but certainly not least, our last day afforded us a visit to Shalom. This is a special school which is well equipped for the children to learn and play. It was wonderful to see such a facility available to families. They have to pay a nominal fee as well as the transport each day, but it means that children whose family might not necessarily have been able to afford this can.  We bought some nappies for them (which are extremely expensive in Perú) and left money for a day trip for the children.

The less people have the more they appreciate….this statement couldn’t be more true after visiting some parts of Perú.

After an amazing 2 weeks in Perú, it was time for home. We did some last minute shopping around the fabulous markets of Arequipa, took our last pictures and packed up ready for our trip back home to our friends and families.

Thank you for all the prayers, messages, calls and donations.

If anyone is thinking they ‘might’ like to go if another trip is planned in the future….do it!! 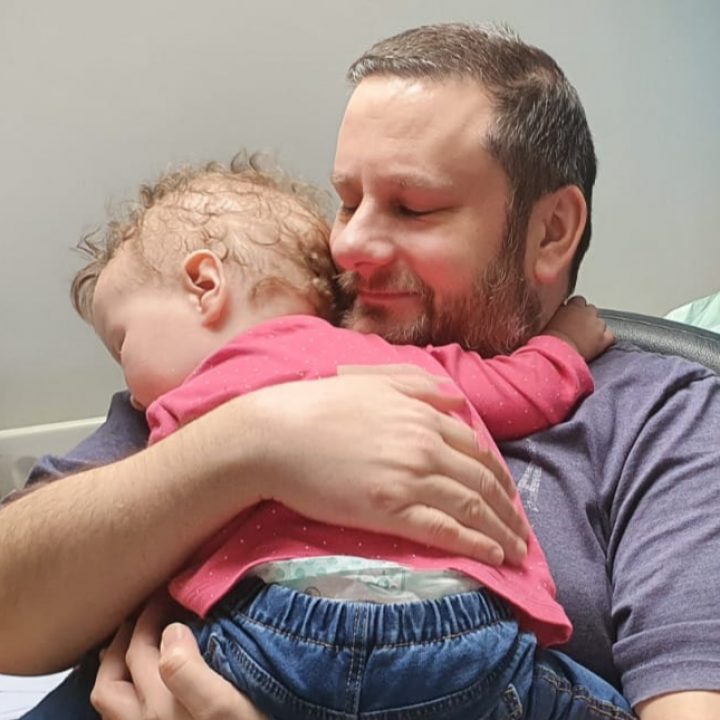 David is married to EJ, he likes to drum and help with the techy stuff in church.

By continuing to use the site, you agree to the use of cookies. more information