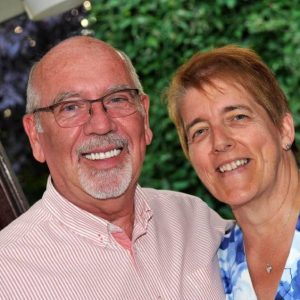 Campbell has been a part of CBC since 1979 when he and his wife, May (behind every great man…) moved to Carrickfergus from North Belfast, via Glengormley. He and May have three adult children, with whom he competes annually in the family Gingerbread House making competition (and usually loses). Campbell worked in the NHS until his retirement in 2011. Apparently he doesn’t miss it at all!

Campbell came to faith on 15 March 1971, having grown up as a ‘Sunday Christian’, and was baptised in Carrickfergus Baptist Church and has been a Sunday School teacher, Youth Fellowship leader, deacon, and a Campaigner leader, as well as being Regional Chief of the Campaigners youth movement in Northern Ireland. He currently serves as Chair of the Board of Precept Ministries having discovered the desire to deepen his knowledge and understanding of his faith in his early 50s, and then using the Precept material to achieve this. He spends his free time taking photos, cooking (apparently he’s awesome with a BBQ), eating, and painting. He enjoys (usually) following the fortunes of the Ulster and Ireland rugby teams, and would like to enjoy travelling the world! He dislikes waiting for people and being late for anything (worth noting if he’s leading worship on a Sunday morning!).

By continuing to use the site, you agree to the use of cookies. more information